Beyond those 80s Tax Photos 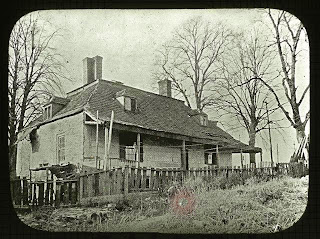 This is the Schermerhorn House, when it still stood on Third Avenue.  The Visual Gallery description of the picture is as follows:

Exterior view of a historic house including the surrounding wooden fence, laundry lines in the yard, and bare trees. There is a utility pole in the background. Appears to be a copyprint taken by Lloyd ca. 1905. (Schermerhorn House - 3rd Avenue Brooklyn - Gowanus - Dr. Ralph I. Lloyd) [handwritten on recto].

Presumably the original print was taken somewhat earlier than 1905? I was curious as to just whereabouts on Third the house once stood, and in trying to find out I came across a period-piece 1912 book written by one Charlotte Rebecca Woglom Bangs (!), also known as Mrs. Bleecker Bangs: Remniscences of Old New Utrecht and Gowanus*.  Bangs writes that the Schermerhorn House was built in 1636, but destroyed by fire in 1643, and rebuilt using the stones of the original structure.  A sketch in the book, showing this second house, appears to be based on the picture above. According to Bangs, the first house was located between what became 27th and 28th Streets, and the second further north around the future 26th.

Today you'd be hard-pressed to think of Third without expressway images dancing in your head.  Picture instead of Third the Gowanus Road, scattered with seventeenth century Dutch homesteads. 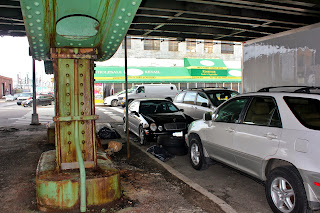 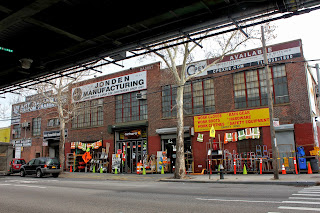 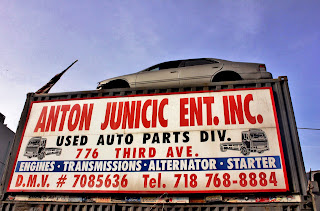 * The Gowanus of this era seemed to stretch as far as Brooklyn's southern border with New Utrecht, and in its northern portion, at least as far east as the future Fifth Avenue.


Posted by onemorefoldedsunset at Wednesday, July 02, 2014