Just a few weeks after returning from Budapest, I read in the Guardian that a new Hungarian civil code came into effect on March 15 (right before pivotal national elections) outlawing street photography without the prior permission of everyone appearing in each photograph.

Officials say expanding the law on consent to include the taking of photographs, in addition to their publication, merely codifies existing court practice. However, Hungary's photographers call the law vague and obstructive, saying it has left the country of Joseph Pulitzer andphotography legend Robert Capa out of step with Europe.

... Márton Magócsi, senior photo editor at news website Origo, said "having to ask for permission beforehand is quite unrealistic in any reportage situation". ...

... "The real danger is that private security companies or the police will try to keep reporters and photojournalists out of certain areas, or prevent them and members of the public from taking photographs of their actions," he adds. 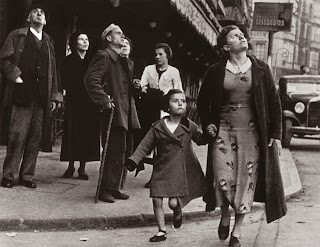 
Will this story surface in the US press?
Posted by onemorefoldedsunset at Tuesday, March 18, 2014

The Big Brother implications are frightening.