I was walking along Fourth the other day.  Just the stretch between 3rd Street and 12th.  I was just wondering, for the umpteenth time, at the transformation of the avenue from regular, blue-collar traffic corridor, to condoland. 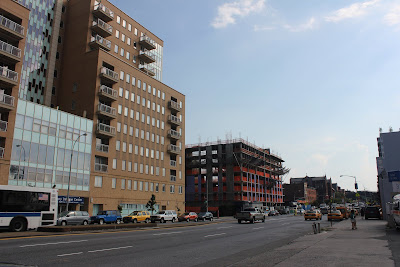 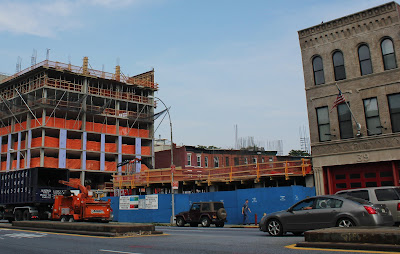 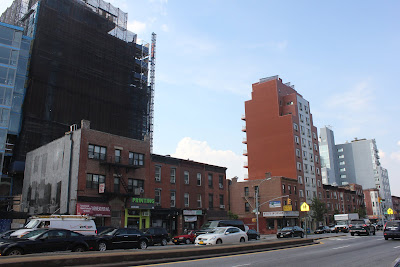 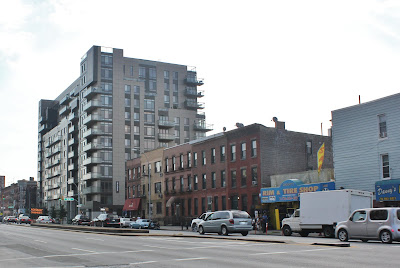 Of course, on on the side streets, there are countless more of these monstrosties. Here's a baby building at 232 7th : 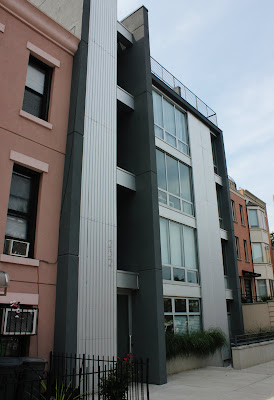 Let's do a little tax photo time travel back to the early 80s, about the time I came to the city. Here's 232 back then. It looks like it could be much earlier. 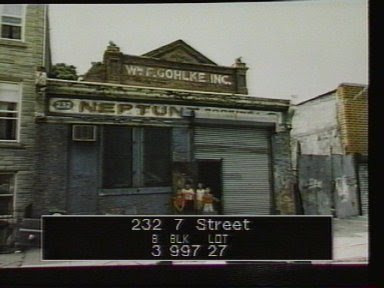 Gohlke Roofers (at one point Burger & Gohlke) was founded in 1895. I found ads for the company in the Daily Eagle, one dated 1934, and another (date uncertain, 1940s?) with a nice hand-drawn sketch of two men in overalls, brimmed hats on heads, at work on a rooftop. At a later date it became Neptune Roofers. If you start looking at the tax photos, prepare for a long shift. I went through Sunset Park, Red Hook, downtown Brooklyn, and my part of the South Slope/Gowanus, and then I had to stop. It was overwhelming. Some of this time-travel revealed streets, lots, stores and buildings I was unfamiliar with, but a lot brought back buried memories of the city I saw when I first came to this country, and a weird, sensory immersion in the past. And in the streets near to home, the sheer numbers of small businesses & houses - many early freestanding wooden structures - that have vanished without mention.

"A savage servility slides by on grease."
Posted by onemorefoldedsunset at Saturday, August 25, 2012