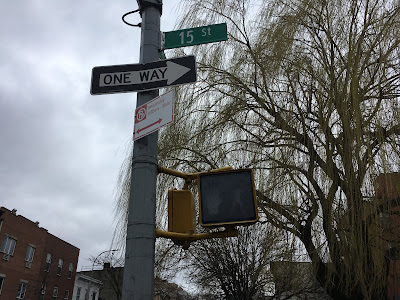 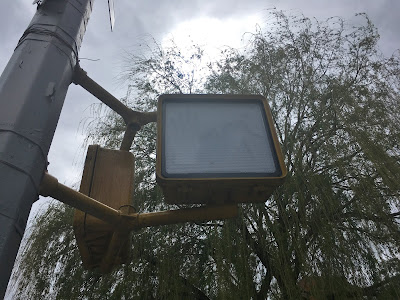 The pedestrian light at the SW corner of Sixth Avenue and 15th Street has been out since early March.  I've reported it three times now.  According to a status update it was supposedly fixed last Wednesday but I passed by on Saturday and it's still not working.  I'm becoming obsessed with getting this damn thing working again. If you call 311 about it you'll be asked if it's an emergency, by which they mean has there been an accident.  No, you say, no accident, and thus the situation becomes low priority, but surely the emergency should be the prevention of an accident.  I know there's a triage system viz-a-viz complaints, but there's something farcical about this kind of exchange.

If you live near this intersection, and the light's still out, try calling 311 anyway.  Maybe more complaints will get some action. 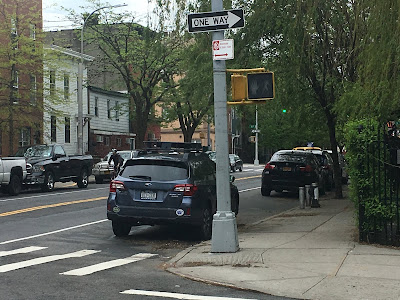