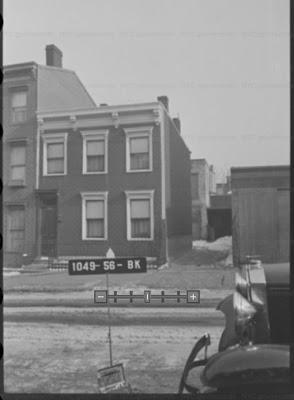 In the nineteenth-century there was a moving business at 325 16th Street.  The family company appears to have been founded by Daniel Morrison in the '40s or '50s.  His sons inherited the business, and by January of 1880 son James Morrison assumed sole ownership.  Later that month the "old-established" business was advertised for sale, though it's not clear if a sale took place.  In August 1901 James Morrison died of injuries sustained in a trolley accident and the following month the stable building on the property - "five stalls and yard" - were listed to let.

By the 1940s, at the time the photograph above was taken, Vital Machine Tool Co. operated here.  Help Wanted ads offer "highest rates" for toolmakers and lathe hands.

Sanborn maps from the 1880s shows wooden stable buildings at the rear of 325 & 327, but by 1903 a larger brick stable building has replaced the stable behind 325 (presumably the back house still standing today) and a narrow wooden building runs the from the front of the 327 lot all the way back to the wooden stable. 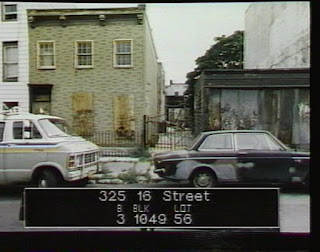 The general look of the buildings in this 1980s photograph is similar to that of the 1940s.  The cornice and the little front entry of the wooden house are still there, but the house is boarded up on the ground floor.  It's seen better days.  By the 2000s, the front house and the side building have acquired aluminum facades, but the house's cornice has survived. 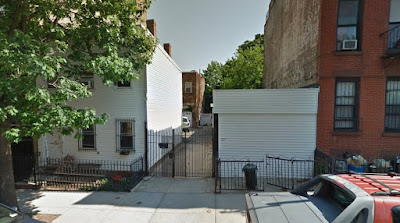 The place has quite a different look today.  325 and 327 have been combined and given a period look, albeit in that of-the-moment grey and black.  According to the plans the wooden buildings on the two lots have become a two-family. 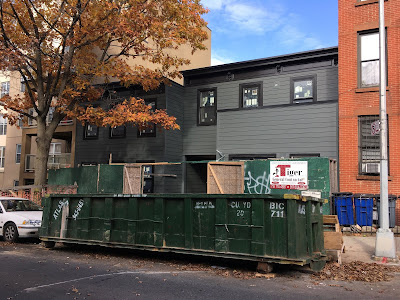 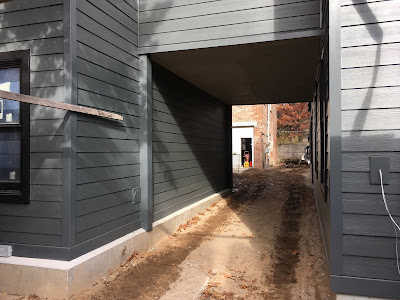 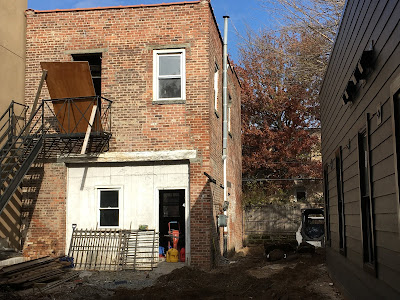 I walked through the new driveway to look at the back house.  There are still quite a number of them round here and I like ferreting them out.  I often dream of living in a place with a back house - it seems like a perfect, secretive set-up.  I'm guessing the compound here will be rather more de luxe than anything I have in mind.

Posted by onemorefoldedsunset at Tuesday, November 27, 2018