I wasn't an Aaron's shopper, but I knew people who got decent discounts on department store prices there.  It had a miniature, more sedate, Century 21 feel.  A real garment store. And everyone loved the Aaron's slogan, painted on the siding overlooking the parking lot. 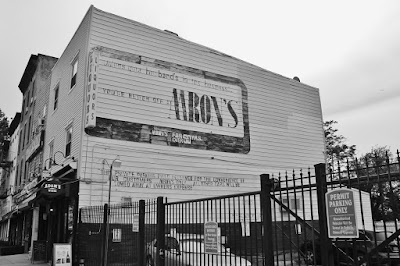 In 2004 Aaron's appeared in the tourist guide Suzy Gershman's Born to Shop New York: The Ultimate Guide for Travelers Who Love to Shop.

The store, at Fifth & 17th, closed in 2007 after a forty-year run. The parking lot gave way to an apartment building - the Aaron.  The store space, still in the family, was advertised for lease over the years and appeared to be rented every so often. It got a renovation earlier this year, and there was speculation about what it would be used for next.  Maybe an arts space?  Maybe another chain?  Now we know.  It's become a sales office for an Adam America/CGI Strategies condo building on Fourth Avenue: Arbor Eighteen.  Construction won't be finished until some time next year but you can order ahead.  No prices disclosed without registering. If you want to look up the building on the DOB site its commercial address - 185 18th ("on the greener side of Brooklyn") - won't get you anywhere. You'll have better luck at 609 Fourth, though there are various other obsolete lots pertaining to the property.

Isaac & Stern Architects designed the beautifully crafted facade of the building featuring a custom Arctic Gray brick. The wellness-oriented interiors were designed by the renowned Paris Forino, whose work includes the Gem Hotel in Chelsea. Arbor Eighteen will offer a mixture of 73 homes ranging from studios to three-bedroom residences ... Residences feature massive windows and ceiling heights from 9’ to 10’9" (and) custom 7.5” wide rustic white oak flooring.

Arbor Eighteen is also ideally situated near some of Brooklyn’s best parks, including Prospect Park and the 478-acre Greenwood Cemetery. Those parks inspired the three incredibly unique outdoor space at Arbor 18, as well as the building's unprecedented amenity package, which emphasizes healthy living. 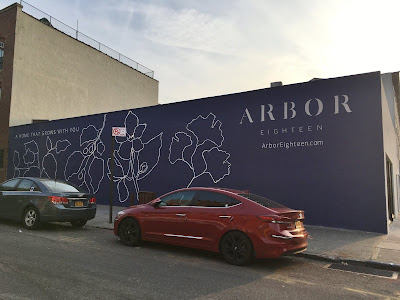 I was told there'll be a model apartment on view at the sales office, and that the building will be used as a showroom for other developer/realtor offerings down the line. 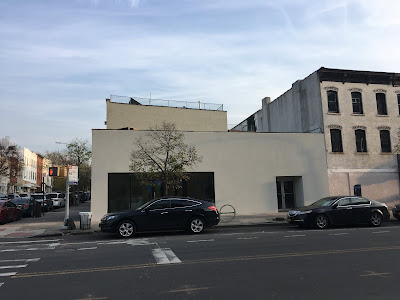 Posted by onemorefoldedsunset at Monday, November 19, 2018

How nauseating. We moved up (WAY up) into the Bronx. This sort of travesty will make its way there at some point, I suppose, but I hope to have died from old age by the time that happens. I really miss Brooklyn, but I'm glad to not have to witness all this first-hand....

If there had been mandatory inclusionary housing in place along Fourth when it was first rezoned (with real,deep affordability) at least that would have been something given back. But the developers got what they wanted, with no requirements, and big fat tax breaks to boot. Hope life is good up in the Bronx!