Yesterday, quite by chance, I ended up taking the Roosevelt tram.  The weather was September-perfect for views, and the riders were in good spirits.  A trio of silver-haired guys with racquets discussed their tennis games and joked around.  "We're just a group of old perverts, ha! ha!"
Getting off again eastside, I lingered for a while at one of the less dramatic views, looking down at the Tramway Diner, which closed a couple of years back, and was a great place to see river traffic overhead.  The other way round, even with the diner closed, along with several stores along that block, there are pleasures to be had in watching a corner's ebb and flow. 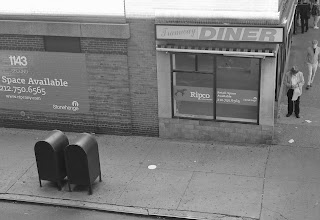 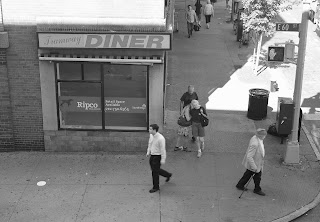 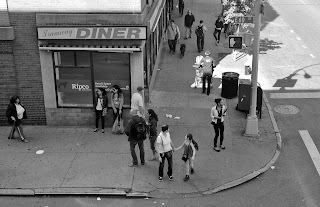 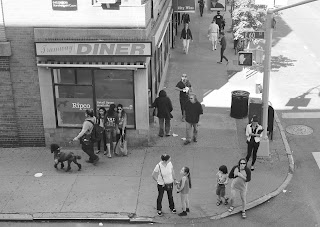 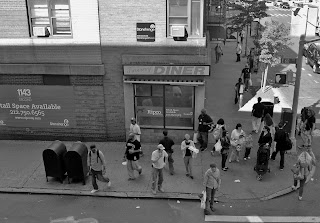 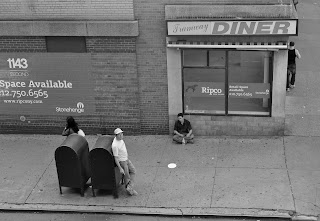 On the closing of Tramway, in 2011, read here (Vanishing New York)
Posted by onemorefoldedsunset at Saturday, September 07, 2013