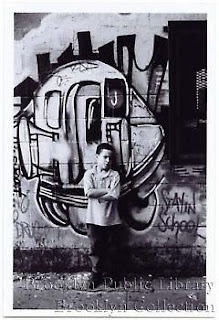 "A new documentary that chronicles the contentious rezoning of the world famous Coney Island amusement district, told through the lens of Eddie Miranda, his crew of operators and his beloved Zipper ... the film is first and foremost an examination of the Bloomberg Administration’s economic development policies, and their impact on small businesses, communities and their sense of place."

Community is key to both of these very different films - the beauty of street life, a city where all its people are celebrated & valued, a city rich in idiosyncrasy. But none of this is of much account in today's development onslaught.

“Cities have the capability of providing something for everybody, only because, and only when, they are created by everybody.”
Jane Jacobs
Posted by onemorefoldedsunset at Tuesday, July 30, 2013