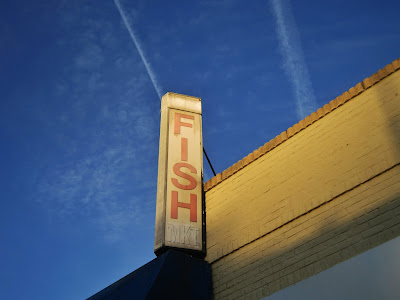 The stretch of 108th Street at the mid 60s is extra wide, with the kinds of parking spaces (diagonal? angular?) more common to a mid-western Main Street. On Friday at dusk, most of the stores were shuttered up for Sabbath. This part of Forest Hills is home to a large Russian, Bukharian and Israeli population. Hence the food you find here - a vast array of fish (smoked and fresh), preserved fruits (sour cherries, blackcurrants), pastries, dumplings, mysterious meats and pot cheeses.  Even here in Queens, a hint of Samarkand. I stopped by Monya & Misha and came home with several kinds of bread. Who could resist a tzarist loaf? 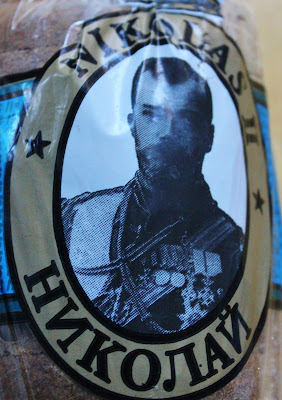 I may just keep The Nikolas II "light" bread for self-defense purposes. With a recommended serving size of half a slice, it's as dense as a brick. I also got a huge round loaf with a dark, crisp crust & a white country rye. I'd definitely go back when more stores are open, and I had more time to shop, but I think I'm forever immune to the lure of Baby's bologna. That chubby face enclosing pale, soft sausage could haunt my dreams. 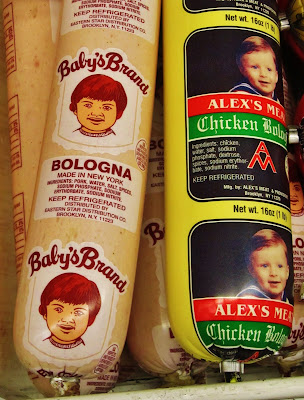 Postscript: While waiting for my ride home, I stood across from the Annadale Playground at 65th & Yellowstone, site of the 2007 death of Bukharian immigrant Daniel Malakov. His estranged wife, Marina Borukhova, also Bukharian, was found guilty of murder & conspiracy in the apparent contract killing. The case became the subject of a book, Iphigenia in Forest Hills, written by New Yorker writer Janet Malcolm.
Posted by onemorefoldedsunset at Saturday, November 17, 2012