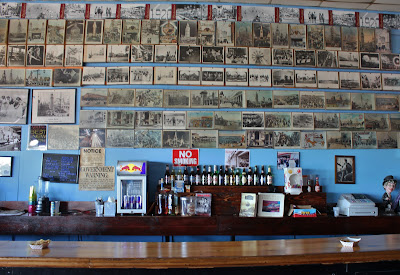 Rumors swirl about the fate of Ruby's, and at least one other of the Coney Island boardwalk businesses that were to close by the end of the month.  Perhaps new leases will be signed, but under what terms?  Is it better to have something than nothing?
It was a beautiful day for what might have been Ruby's last.  After yesterday's freak snow, the fall light was back: crisp and heartbreakingly pure.  While the rides lay dormant until next year, and most of the businesses were boarded up for the winter, a cluster of drinkers lingered at Cha Cha's, and  larger groups lined the bar at Ruby's, or gathered outside it to catch the afternoon sun.  You wanted to be friends with all of them, and it felt, for that little time left, that you were. The mood was one of kindness, sadness, and unreality. In the distance a bride and groom posed for photographs at the ocean's edge. Closer by, a gull dined on Nathan's, and a man with a hybrid rabbit/mermaid/duck nestled in his arms seemed to be everywhere you looked: giving interviews, posing with the beach behind him, stooping to bestow largesse upon a small dog.  As he talked to me, he made the furry creature nod its rabbit head, as if joining in on in our conversation.  He said it came from the sea. 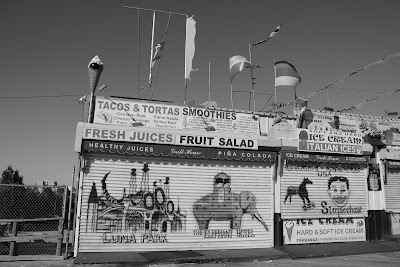 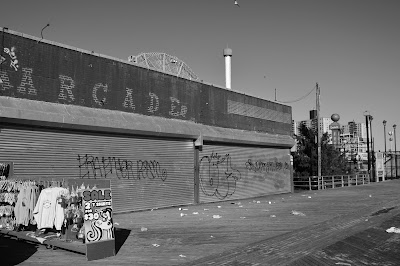 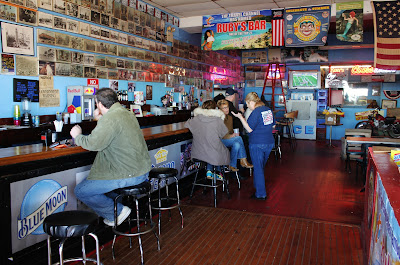 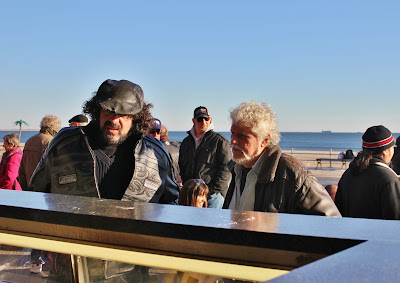 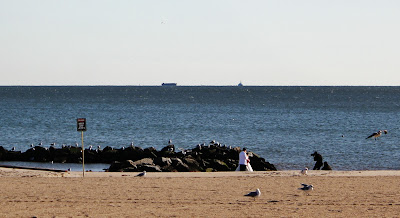 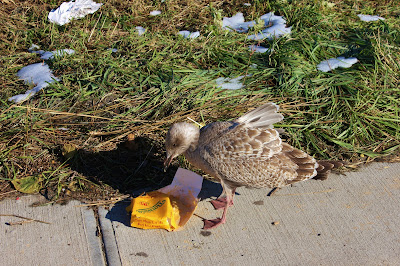 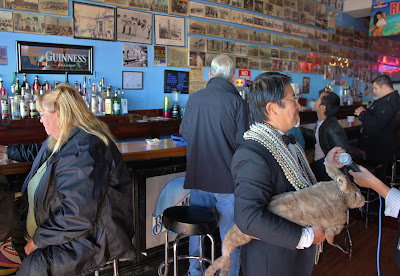 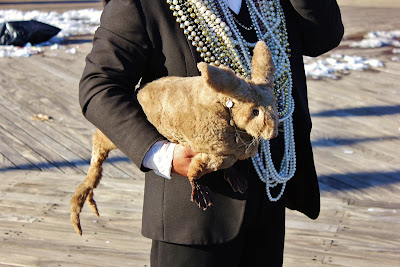 Posted by onemorefoldedsunset at Monday, October 31, 2011

Great shots, sorry I didn't see you out there. From what I was told, it sounds hopeful for Ruby's. Time will tell.

Great pictures - that sea-rabbit-mermaid makes me laugh every time I see it! Where else but Coney Island and Ruby's can a creature like that exist? What a treasure.

Thanks. I'm a bit obsessed with that ridiculous creature now & its owner was such a happy prima donna! I hope Ruby's survives, but I do wonder what hoops it will have to jump through to stay there.