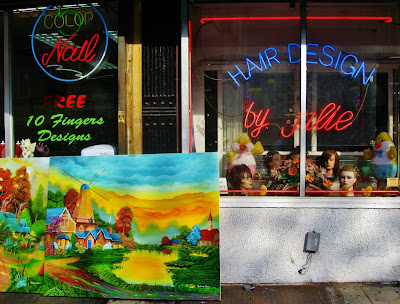 What with the OTB and Sea World gone, & the old Tacos Nuevo Mexico building torn down, it's up to Timboo's, Joe's Pizza, & Hair Designs by Julie to maintain the older spirit of this side of my around-the-corner block of Fifth.  When I first moved here, there was a gruff deli, Glasgow's, two doors down from the OTB, so there was a complete punter world of OTB, deli, pizza place & bar.  There was also a steady drug scene at the OTB , with a lot of action going on between 9th Street & 12th.  Soon after I moved in, a junkie got stabbed at the corner and collapsed, dying, in a pool of blood outside my building. The OTB had no bathroom back then, so there were all sorts of other basic actions going on around that corner too.  I still haven't got around to buying a copy of Billy Boy, the gritty romance novel set round around here in the 80's, but I should.  Its opening scene takes place at the OTB:


The Off Track Betting parlor on the corner of Brooklyn’s 12th Street and 5th Avenue didn’t attract many local shoppers. But it had its loyal contingent of pensioners, laid-off truck drivers and a small but active fellowship that convened there for something other than the action at Belmont and Hialeah.
The OTB especially came in handy for Billy Conover when he wanted to cop an ounce of pot or a handful of Black Beauties. This morning he had a hangover which only a mega-dose of ups could cure. Coffee did little more than make him mobile, and his mother’s carping merely drove him out of the house in search of relief.
"Tito around?" he asked a methadone junkie who had been a dope fiend when Billy was still sucking his thumb. Fat now and permanently stoned on the legal dose he picked up at his clinic, chased down with a pint of cheap wine, the meth-head held court at the OTB like a veteran warrior, one of few survivors of a generation decimated by overdoses, gunshot wounds and AIDS.


This stretch of Fifth now has two nail places, & the Avon training center as newish neighbors, along with the inevitable phone store.  I 've always been fond of Hair Designs by Julie, which is striking for its tough looking ladies in the window.  I'm certainly keeping on the right side of these gals.  Here they are a couple of years back.  The window looks just about the same as it does today, though the ladies have moved around a little. 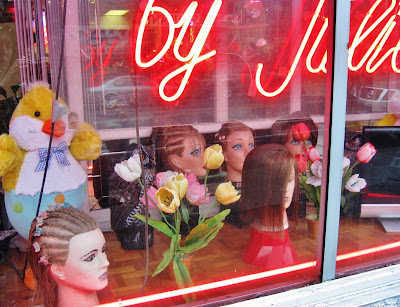 So this is the state of the block (east side, 11th/12th) right now.  If I had the technical skills, I'd try & put the pictures together for better effect.  But I don't. 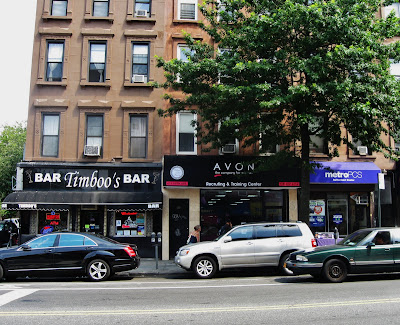 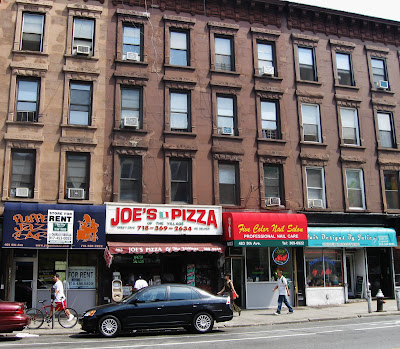 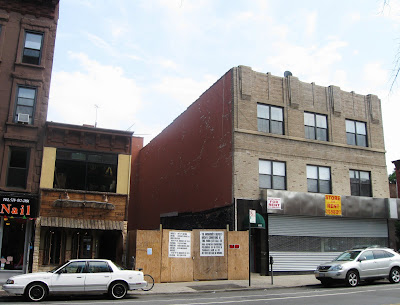 Posted by onemorefoldedsunset at Sunday, July 03, 2011